Home » Meet Our Board of Directors » David Brown 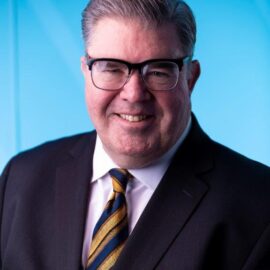 David Brown is the President and Chief Executive Officer of Members Capital Advisors (MCA), the asset management division of CUNA Mutual Group (CMG). He also serves as the Executive Vice President, Chief Investment Officer, and senior member of the Executive Leadership Team for CMG. In addition to his work at MCA and CMG, David also serves as an Independent Board Director and Committee Member for the United States Chamber of Commerce in Washington DC and as an Independent Director and Member of the Investment Committee for the Barnstable Mutual Insurance Company/Yankee Risk Solutions.

Previously, David worked for TIAA-CREF as a Chief Investment Officer and Head of the TIAA General Account and Stable Value Portfolios. During his time there, he held several leadership positions: Chairman of the TIAA Investment Management Committee, a voting member on several committees, Head of all Global Public Fixed Income Markets, and Head of Global Private Fixed Income.

David earned a BS in Business Administration from Boston College and an MBA from Harvard Business School. He has been active with various industry councils, conferences, and forums throughout his career and was a frequent speaker on industry panels. He previously served on several not-for-profit agencies as a member of the Board of Directors of CapeAbilities, Inc. and the Board of Directors of a Community College Educational Foundation.