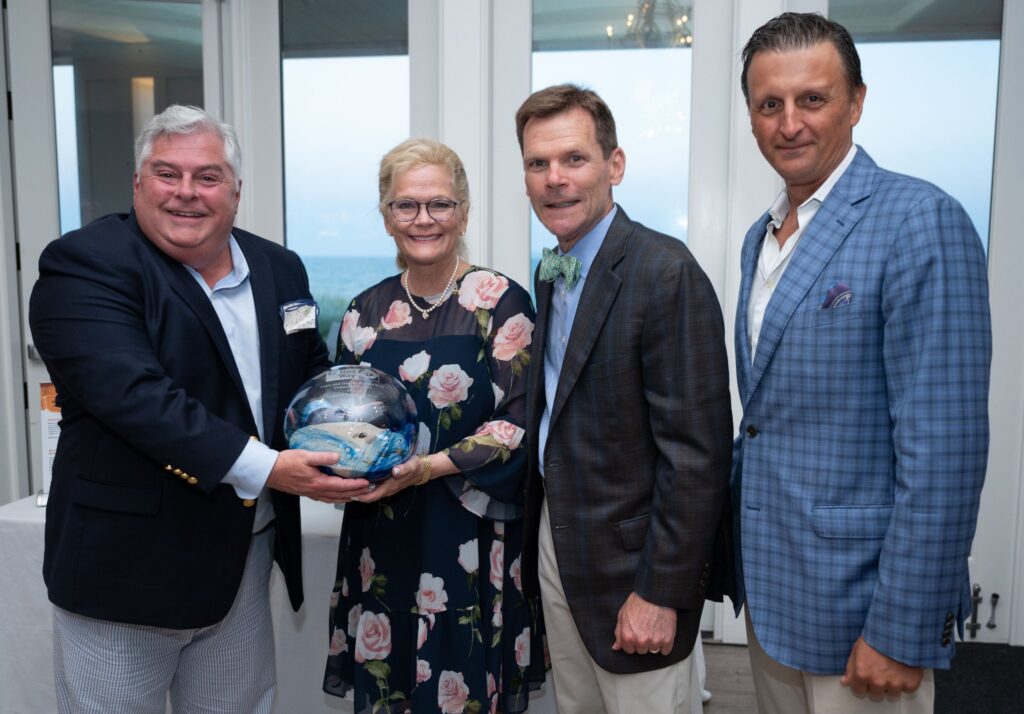 Richard and Lisa Oliver of Cotuit were honored with the 2022 Cape and Islands United Way Visionary Award for their long-standing commitment to the United Way and beyond.

The award was presented at the Cape and Islands United Way annual fundraising gala, Best Night, on June 26 at the Pelham House in Dennis Port. The Oliver family moved to the Cape five years ago when Lisa accepted the opportunity to lead The Cooperative Bank of Cape Cod, where she is now Chair, President and CEO. Richard had a distinguished career in banking and is now retired.

The Olivers have made quite an impression on Cape Cod in such a short period of time. That is no surprise to August Napoli, President/CEO of the Greater Cleveland Area United Way, where Lisa and Richard were leaders in terms of giving, and the support they provided to so many organizations. “It was remarkable and memorable,” he added.

“The visionary leadership they showed in Cleveland, Ohio, has been replicated in an equally impactful way here on the Cape”, said Mark Skala, President/CEO of the Cape and Islands United Way.

“It truly is amazing what two people can accomplish when united,” Skala said. “The list of nonprofits that have benefited from Richard and Lisa’s time, treasure and talent is inspiring. Our community is the beneficiary of their continued philanthropy.”

“We’re honored to receive such an award from the United Way,” said Lisa Oliver. “For us, giving back to our community is part of who we are. We believe in helping others, supporting our neighbors, and working together to make our community stronger.”

In addition to their decades-long support of the United Way, the Olivers have been involved in many nonprofits, serving on several boards while in Ohio and now on the Cape. Lisa serves on the boards of the Cape Cod Foundation and the Cape Cod Chamber of Commerce and as chair of The Cooperative Bank of Cape Cod Charitable Foundation Trust, which she established in 2018.

This is the third annual Visionary Award presentation. Previous winners are Tony Shepley, president of Shepley Wood Products, and Shawn DeLude, president of Nauset Disposal. The Visionary Award was established to recognize individuals who “don’t see things are they are but what they could be.”