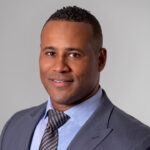 The YMCA Cape Cod recently elected Jason Bordun, Vice President, Information Systems Manager at The Coop, to serve a three-year term on the nonprofit’s Board of Directors.

“The Y is a volunteer-led organization that depends on the time, treasure, and talent of its volunteers,” said YMCA Cape Cod president & CEO Stacie Peugh in a news release. “Each of these new members brings a wealth of experience and diverse skills to our organization.”

Jason has more than 25 years of technology experience. He’s been with The Coop for 17 years. Jason manages a critical team that implements and operates all technology systems for the Bank.

Jason served honorably in the U.S. Marine Corps before graduating from Cape Cod Community College and the University of Massachusetts at Dartmouth. He volunteers with Barnstable Little League, as a board member and coach, and supports other local nonprofits, including Cape Abilities and Heroes in Transition. He and his wife, Jocelyn, live in Centerville.