If your traditional Certificate of Deposit is ready to mature, a fixed annuity could be great option for you. In today’s economic environment, fixed annuities can offer compound growth without the anxiety associated with stock market volatility. In addition to safety, other fixed annuity advantages can include attractive yields, tax efficiency, and liquidity.

What is a fixed annuity?

Interest rate and principal guaranteed: A fixed annuity is an annuity wherein the issuer (usually an insurance company) guarantees both the interest rate paid on invested dollars and the return of principal. The issuer guarantees that a minimum rate of interest will be paid on the annuity, but the actual rate of interest credited to the annuity is typically higher than the guaranteed rate. All of the premium payments that you make to the issuer will then compound (tax deferred) at least at this guaranteed rate of return, subject to the claims-paying ability of the annuity issuer. 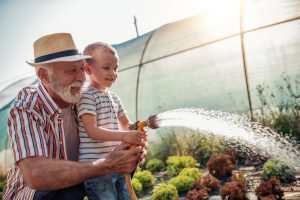 When should you buy a fixed annuity?

Want to save money tax deferred: A fixed annuity may be an excellent vehicle for individuals who want the benefits of tax-deferred earnings. The earnings on a fixed annuity (as with other types of annuities) are not subject to income tax until they are distributed. Thus, your annuity premiums and earnings may compound tax deferred for many years.

Annuities are investments for individuals with long investment time horizon: Annuities tend to be good investments only for individuals who are investing money for the long term. One of the trade-offs to the purchase of an annuity is that the insurance company will usually let you withdraw in the early years only a small percentage (10 percent, usually) of the money you have invested in the annuity without a penalty. If you want to withdraw more than this percentage each year, the annuity issuer will typically charge you a surrender charge. The surrender charge in the early years of the annuity may be as high as 5-10 percent of the amount you withdraw. The surrender penalty will then decline to zero after 5-10 years.

To determine if a fixed annuity is right for your current financial situation and your long-term investment goals, talk to one of our Infinex investment executives today!

See our resources below.