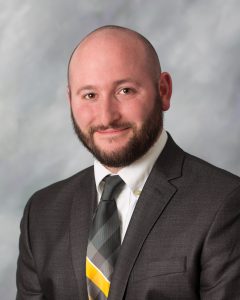 The Cooperative Bank of Cape Cod has announced the promotion of Eric Emmel to Digital Banking Product Officer.

Emmel has been with The Coop for six years. He joined the East Harwich branch as a teller in 2014, which was succeeded by a series of promotions in the Deposit Operations Department. Most recently, he served as the bank’s Compliance and Risk Analyst.

“I am excited to be on the forefront of innovation with the advancement and ever-changing world of Digital Banking,” said Emmel. “I am also thrilled that I am going to be part of the future success of a bank that has already been successful for nearly 100 years.”

Emmel received his Associates in Criminal Justice from Cape Cod Community College and a BA in Business Administration from Southern New Hampshire University. He and his family reside in Yarmouth.