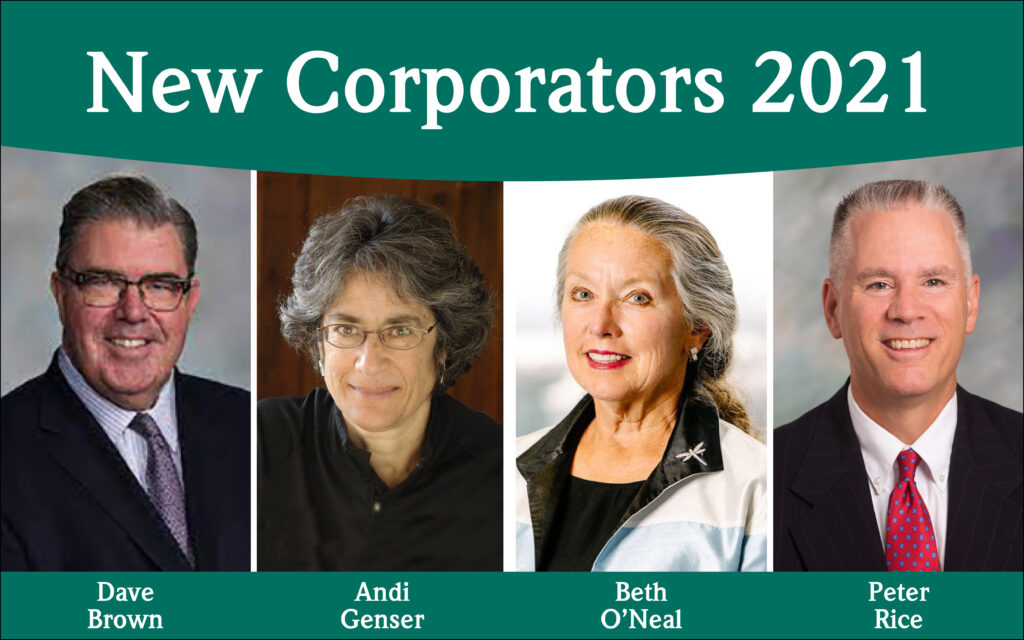 The Cooperative Bank of Cape Cod marked the start of a new fiscal year on April 1, 2021, and the announcement of several key appointments at its annual meeting held on April 29, 2021. Due to the ongoing COVID-19 pandemic, the meeting was held virtually.

Bank Chair, President and CEO Lisa Oliver opened the meeting by acknowledging the many challenges of the past year and thanking the Bank team for their resilience and dedication to serving customers throughout the crisis.

“This past year has brought a constant sea change to our client engagement and business operations,” said Oliver. “We’ve adapted, pivoted and navigated the rough waters together and I am proud to say that today we’re stronger for the challenge. Our priority has always been the health and well-being of our staff and clients, so I’m particularly grateful for our branch teams who worked under difficult circumstances to meet the needs of our clients.”

Chief Financial Officer Mark Linehan also shared the successful trajectory of The Coop’s earnings, which saw an 11% increase over the prior year. Net income totaled just over $7 million for the year, which generated an overall Return on Assets of 0.63%. The Bank’s efficiency ratio improved to 69% from 74% last year, a positive indicator of profitability. The Bank also experienced significant asset growth finishing with just over $1.2 billion at 3/31/21, an increase of over $250 million. Strong deposit inflows as well as the impact of the Bank’s Paycheck Protection Program lending were the primary drivers of this growth. With these profits, we were able to support our employees throughout the year as well as fulfill our philanthropic commitments.

Additionally, the bank provided more than $76 Million in Paycheck Protection Loans in Round 1 and thus far $44 Million in Round 2 to help the local business community stay afloat. “Our team worked tirelessly to guide business owners through the application and forgiveness process, and I’m proud to report that we have provided funds to more than 1,400 businesses in our community to date,” said Oliver. “This is the heart and soul of community banking – providing resources to the local community during the hardest times.”

Oliver went on to highlight several of the bank’s successes in the face of the pandemic. Over the past 12 months, the bank’s charitable giving more than doubled, with donations of over $500,000 to local nonprofit organizations. Grants were distributed through The Coop Foundation, the bank’s corporate giving program and a newly created Pandemic Relief Fund to aid nonprofits who were directly serving COVID-19 needs in the community.

Looking ahead, Oliver expressed optimism for both an end to the pandemic and the beginning of a new chapter for The Coop. This July, the bank will celebrate its milestone 100th anniversary. Several initiatives will be launched to celebrate the occasion, including a donation of $100,000 over 100 days to local charitable organizations.

“The Coop was as founded in 1921 as a mutual community bank serving residents of the Cape and has remained true to that commitment for the past century,” said Oliver. “As we enter the next 100 years, we’ll continue our role as a strong community partner to new generations of Cape Codders.”

The Corporators voted unanimously to elect the following individuals as Corporators of the MHC for a first 10-year term:

The Corporators voted unanimously to re-elect the following individuals as Trustees of the MHC for three year terms: