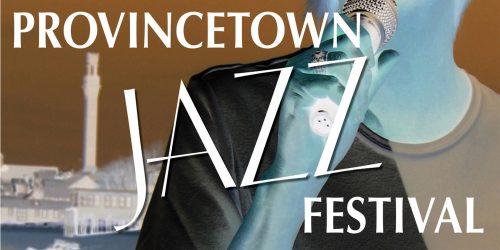 Come enjoy a great night filled with some fantastic music at The Crown & Anchor in Provincetown on August 15th from 7:00-9:00 PM!

Jessica Curran is a jazz-pop vocalist, composer, arranger and lyricist. Jessica is a graduate of the University of North Texas and the Royal College of Music in Stockholm. Jessica has appeared with the Cape Symphony, shared the stage with Bobby McFerrin and some of her most notable venues include Stockholm’s Concert Hall, Bass Performance Hall in Fort Worth (TX), Andy’s Jazz Club in Chicago, and Scullers Jazz Club in Boston. Upon the completion of her first North American Tour in 2017, Jessica set off to explore the rhythms of South America, where she developed a large following in Southern Brazil.  Jessica will be accompanied by Fabiano de Castro from Brazil on piano, Ron Ormsby on bass, and Bart Weisman on drums.

Henry Acker opens the concert and is a fourteen-year-old gypsy jazz guitarist in the style of Django Reinhardt and with abilities far beyond his years. After playing for only five years, he has already shared the stage with jazz greats Bucky Pizzarelli, Frank Vignola, Julian Lage and Andreas Oberg as well as Gypsy Jazz legends Samson Schmitt, Mozes Rosenberg, Adrien Moignard, Joscho Stephane, Olli Soikkeli, Gonzalo Bergara, and Jason Anick. He is the winner of the 2017 Djangofest North West Saga Award and a two-time winner of the Downbeat Magazine Student Award for jazz guitar soloist. Based In Boston, MA, he has dazzled audiences at Jazz Festivals across the United States. Henry will be accompanied by his father, Victor Acker on guitar and his uncle Dana Acker on the double bass – both Berklee College of Music alumni. All three are making their festival debuts.