The Coop was founded on July 19, 1921, as a mutual community bank serving residents of the Cape and has remained true to that commitment for the past century. To celebrate our exciting anniversary, we’ve come up with 100 Reasons to Love The Coop with the help of our clients and employees. 100 Reasons to Love The Coop highlights what The Coop has meant to generations of Cape Cod residents, businesses, and employees over the century. We are and always will be a community bank. Together we have met challenges and experienced successes. We have helped build homes, rallied behind small business owners, supported clients from their first savings account all the way to retirement, and all while supporting nonprofit organizations across the Cape commitment to community and charitable giving. We are excited about this year and our future together!

Usually, when someone has a birthday they receive gifts, but at The Cooperative Bank of Cape Cod we’re doing things a little differently. We’re celebrating by giving back to our community. In the 100 days leading up to our birthday, we’re donating an additional $100,000 to nonprofit organizations on Cape Cod! For a full listing of the 37 nonprofit organizations we gave to, please check out the link below.

Maria at Smart Cookiez by Zucchero created beautiful and tasty cookies for our clients to enjoy. Thank you, Maria!

From all of us, thank you for celebrating our 100th anniversary with us!
After all, everyone has played a part in helping us reaching this significant milestone.
Here’s to the next 100 years!

We partnered with Cape Cod Beer to create a special centennial brew to celebrate our 100th anniversary. Todd and Beth Marcus expertly and patiently guided us through a tasting. Based on employee feedback, we chose the fourth beer option and named our anniversary beer “No. 4. From the Vault.” This delicious pale ale was made from a collaboration of six malts and four varieties of hops, which presented with notes of light toast and caramel undertones. As a tribute to our 100th anniversary, Centennial Hops gave this special beer its spicy aroma.

Reasons to Love The Coop

We’ve come up with 100 Reasons to Love The Coop by surveying our clients and employees, and we quickly realized there are over a million reasons to love The Coop! Here are some of the reasons that stood out to us:

Keep checking back as we continue to celebrate and share our celebration with you!

April: Bank conceived by many of the people who worked for the First National Bank of Yarmouth. When that commercial bank reached its maximum statutory limit to issue residential loans, it formed the cooperative bank. 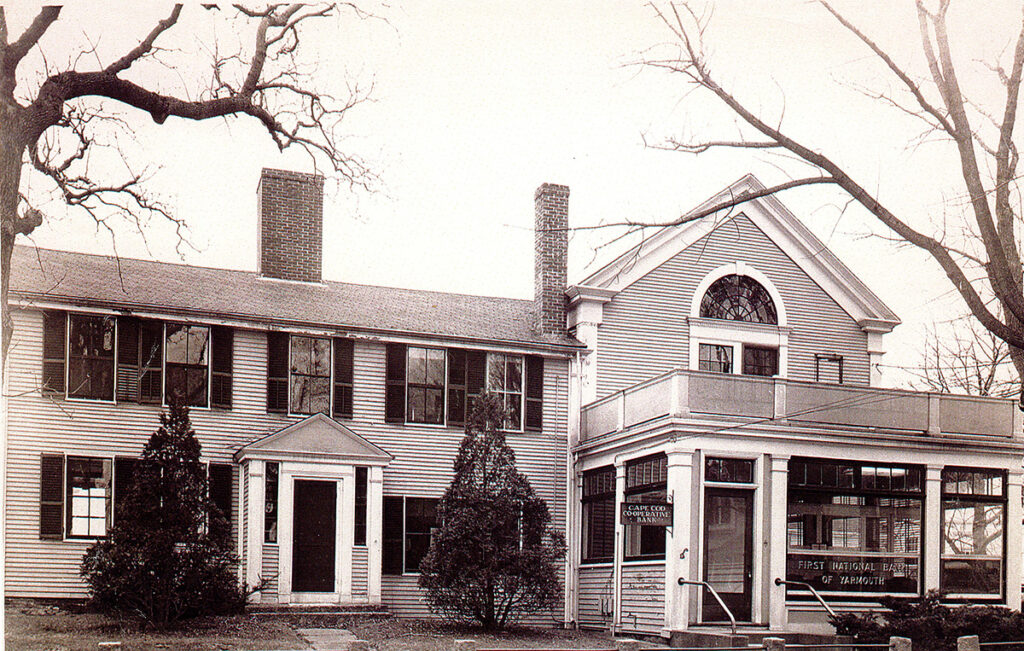 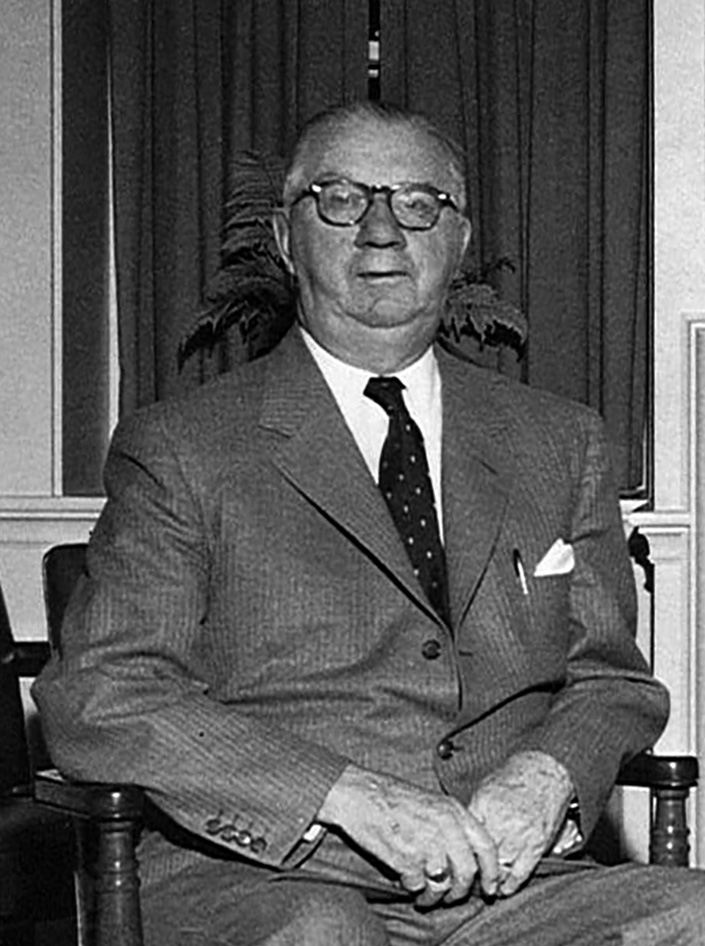 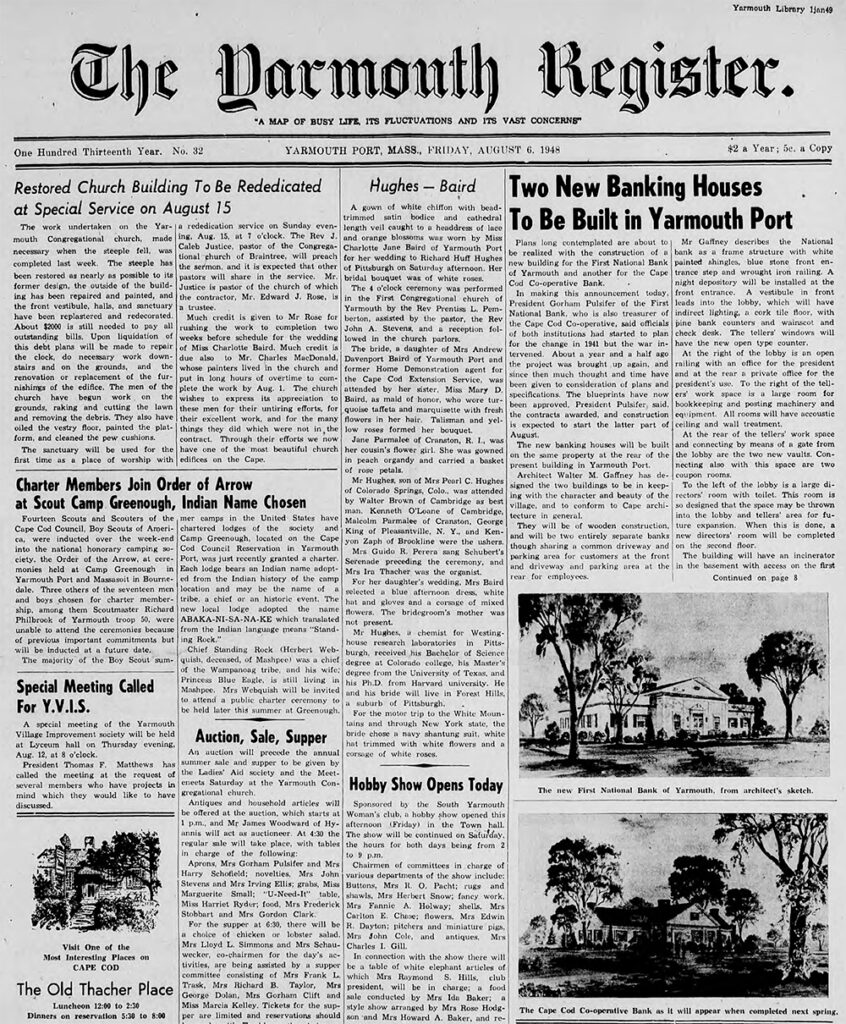 Architect Walter M. Gaffney has designed the two buildings to be in keeping with the character and beauty of the village, and to conform to Cape architecture in general. … Entering from the vestibule into the lobby, there is a banking space at the rear and private offices for the treasurer at the right. This bank also has a vault. To the left of the lobby is the directors’ room with fireplace, and opening from this room is a toilet. To the right of the banking space is a hall connecting with the rest room, toilets, a janitor’s closet, and stairway from basement to the second floor. There is also an incinerator with opening on the first floor. … The contract was awarded to John Lebel of Osterville. … Construction to end in May 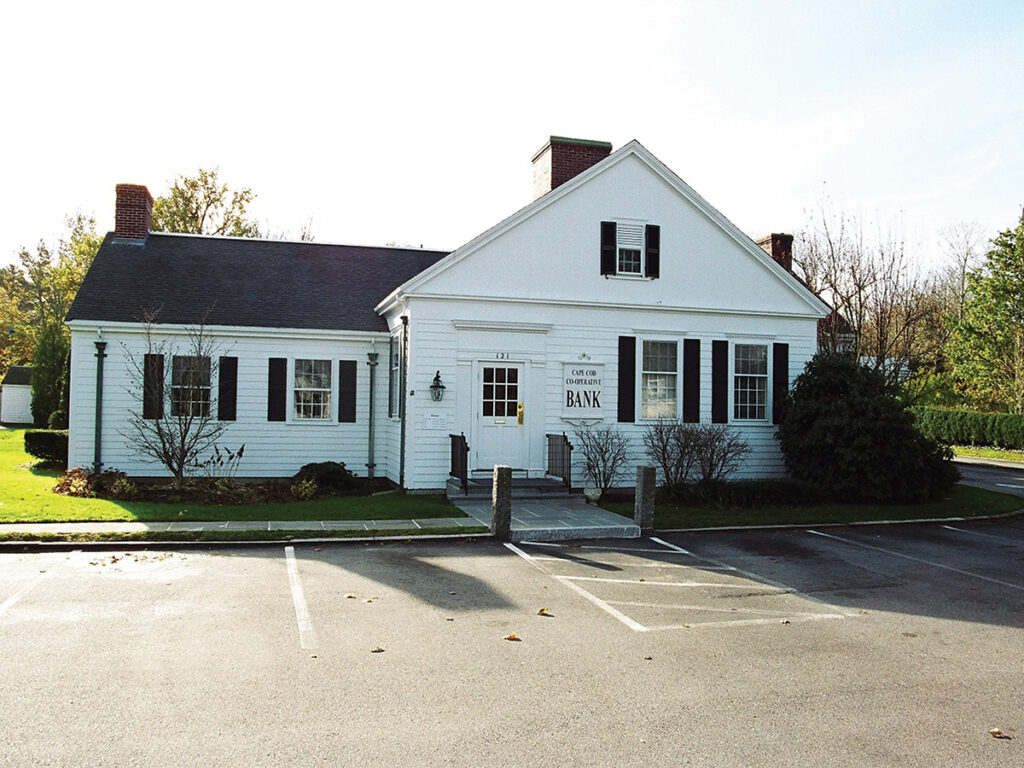 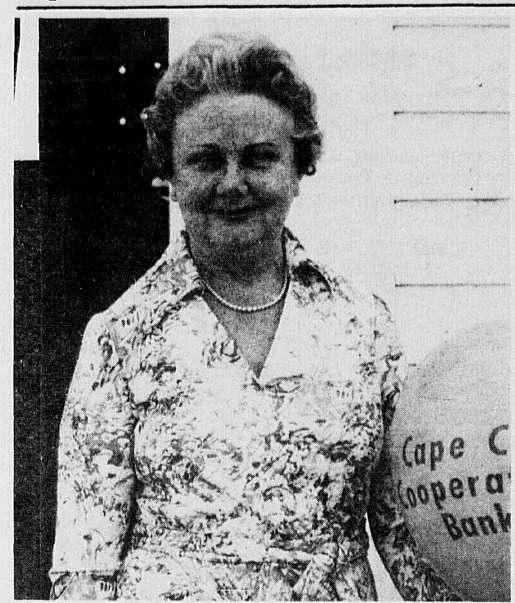 Harriett G. Chase was elected Assistant Treasurer, the Bank’s first female officer. Miss Chase had been an employee of the Bank since June of 1949. 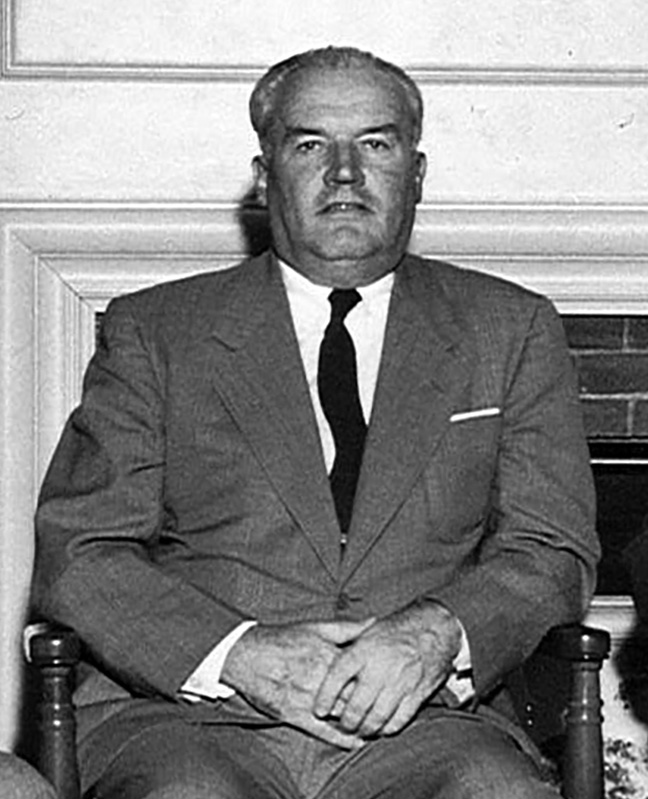 Fun fact: Rosewell H. Nye is of the Nye family in Sandwich and served as president of the Nye Family Association.

Nye Crowell named president – Nye Crowell started as a clerk with the Bank in 1946. He was named treasurer in 1950 and became a director in 1955. 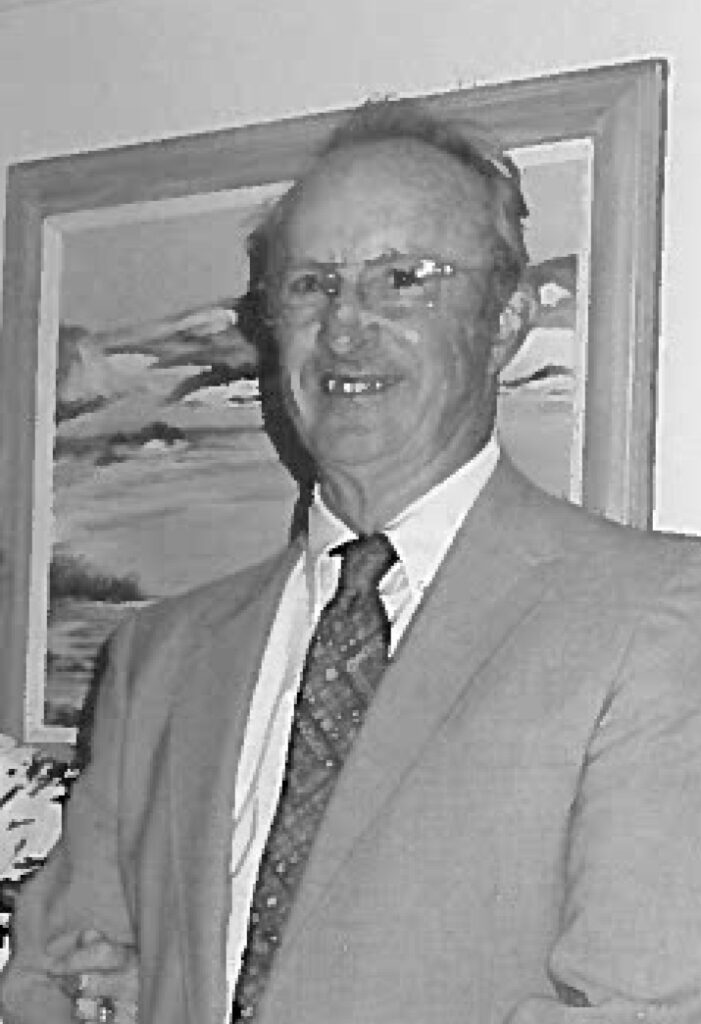 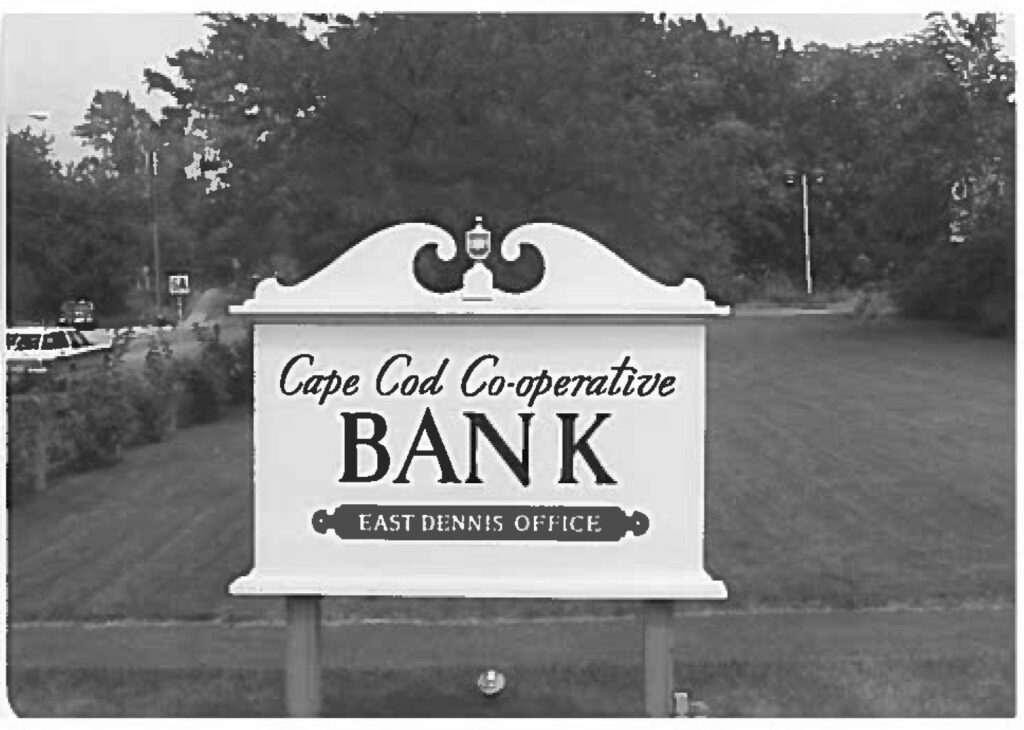 The Bank operated with a single branch in Yarmouth Port for 45 years. The East Dennis branch was the Bank’s second branch to open. 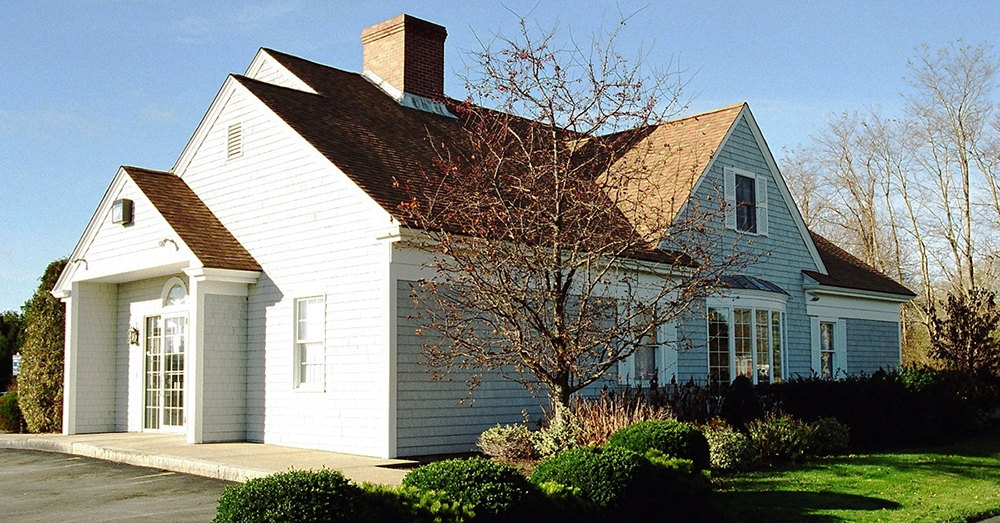 15 years after the opening of the Bank’s second branch in East Dennis, the Bank opened its 3rd branch on Route 6A – expanding into the West Barnstable market – in May of 1981. 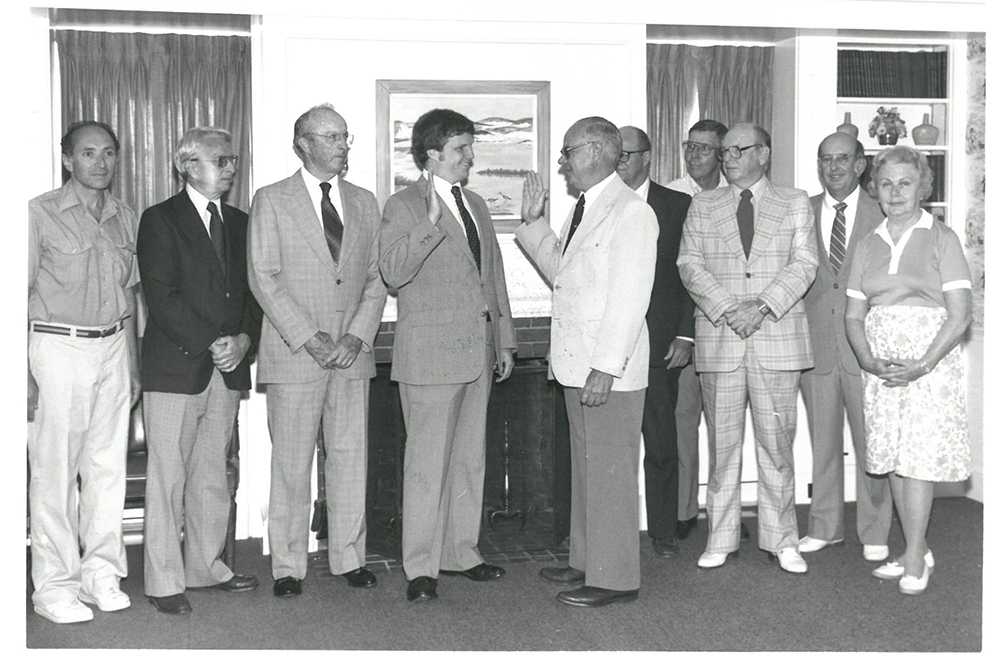 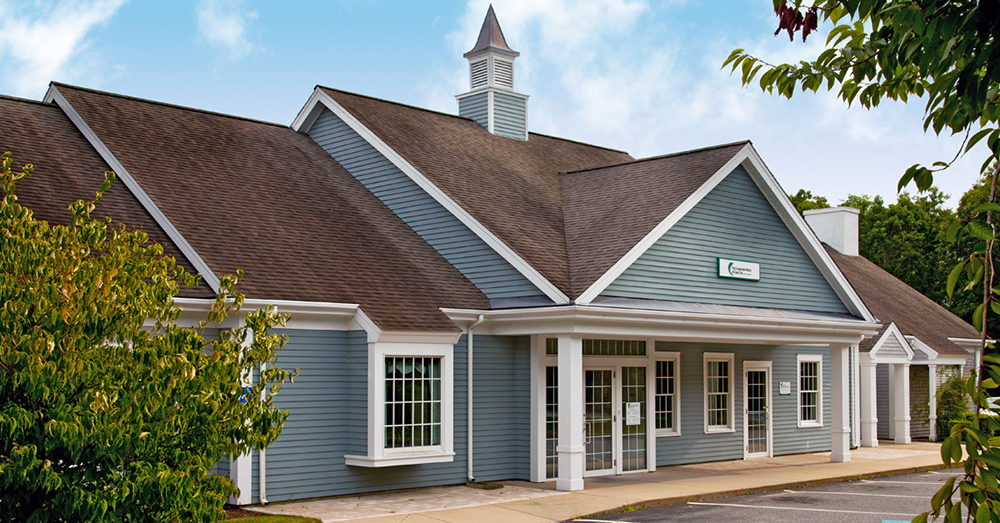 The Bank’s forth branch to open expanding service into the town of Sandwich. 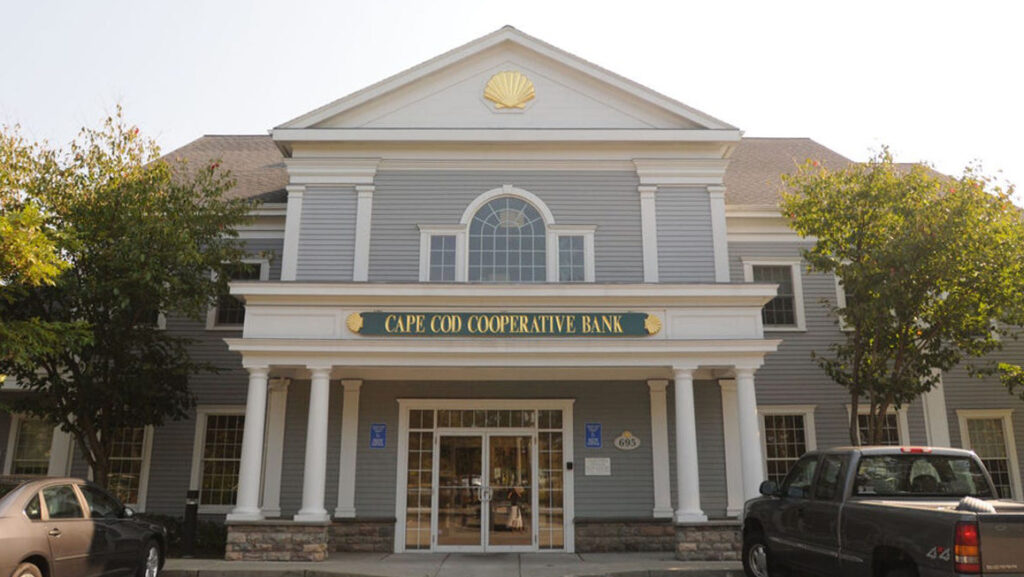 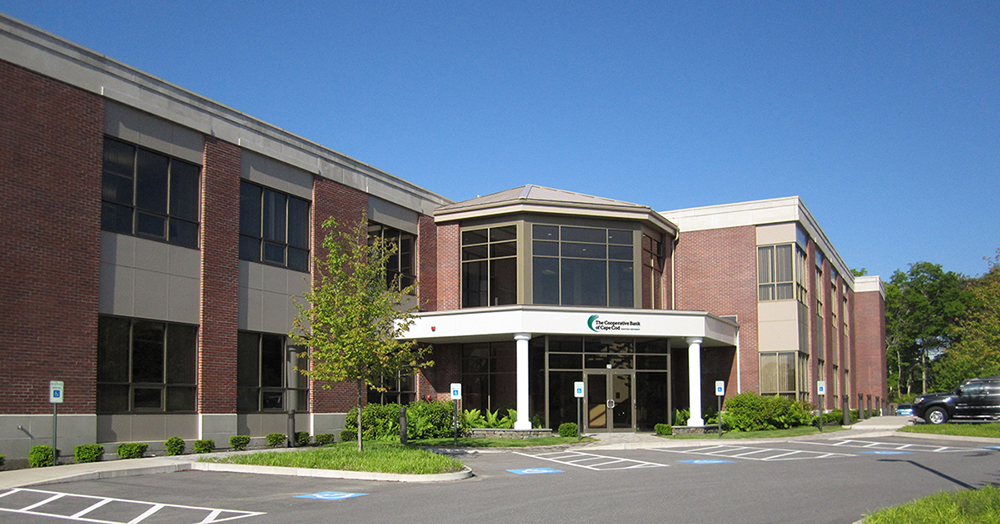 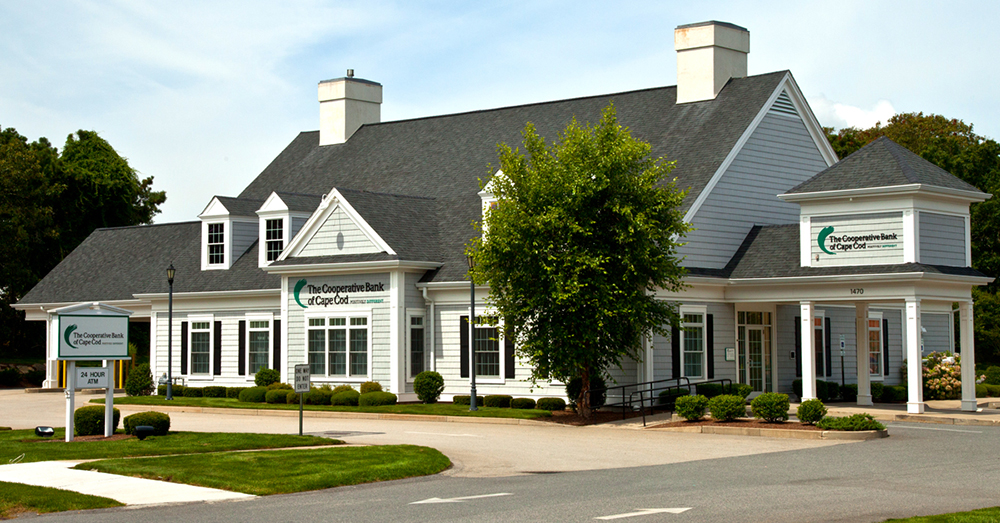 The program, coordinated by the CCCB Employee Involvement Committee, allows employees to wear denim to work on pay day Fridays for a monetary contribution. The funds are collected and dispersed to employee-selected Cape Cod charitable organizations.

Bank launches Stuff-a-Stocking campaign, collecting new, unwrapped toys at all branches to donate to the Boys and Girls Club. 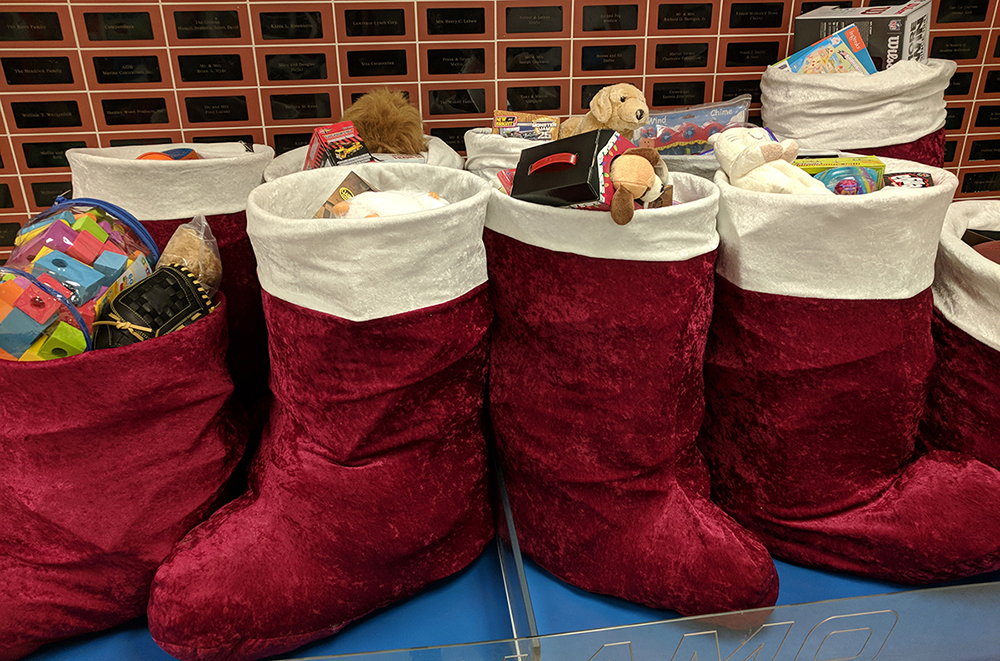 Bank rebrands to be called The Cooperative Bank of Cape Cod. 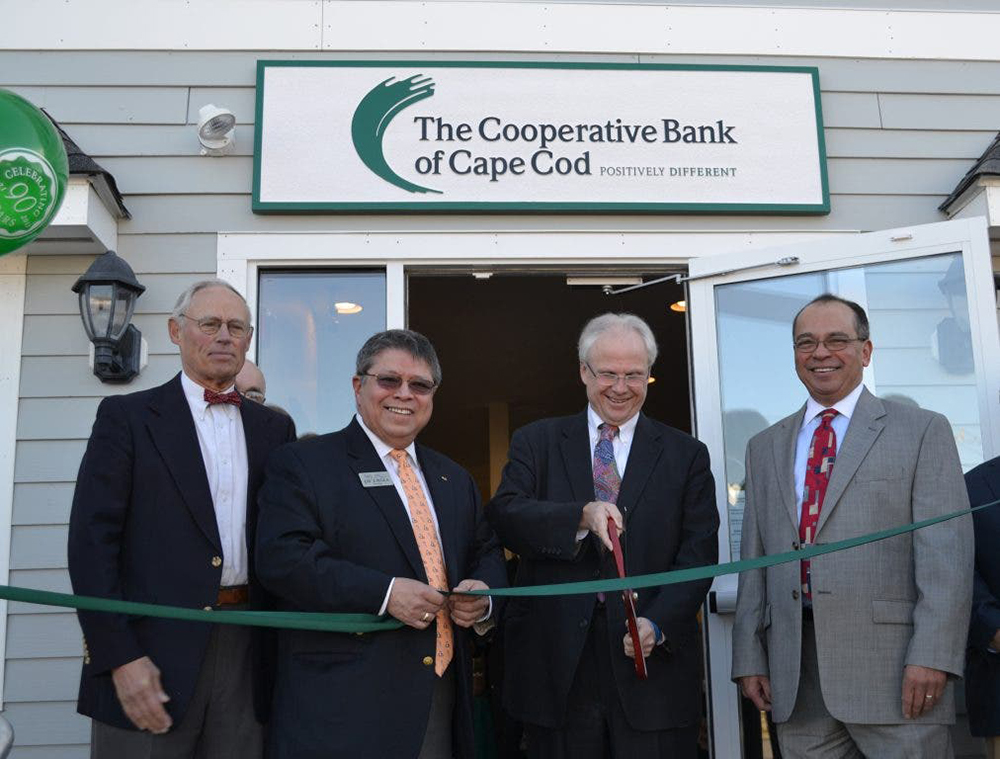 Meeting market demands, the Bank breaks into the Falmouth market with a Loan and Business Development office. 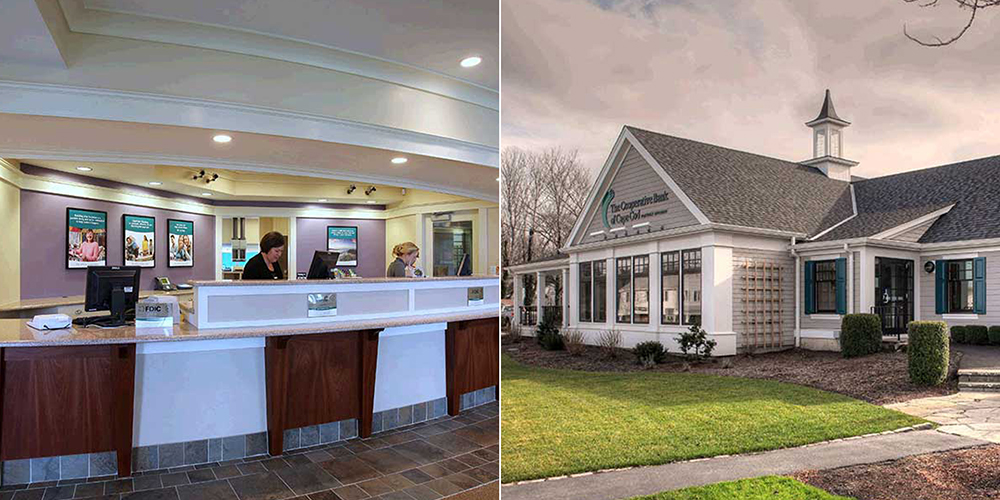 The interior and exterior of both branches were completely renovated and feature a larger lobby, state-of-the-art technology, a customer lounge with a digital communication display and coffee bar, a new 24-hour full-service drive-up ATM, and a signature Cape-style front porch. 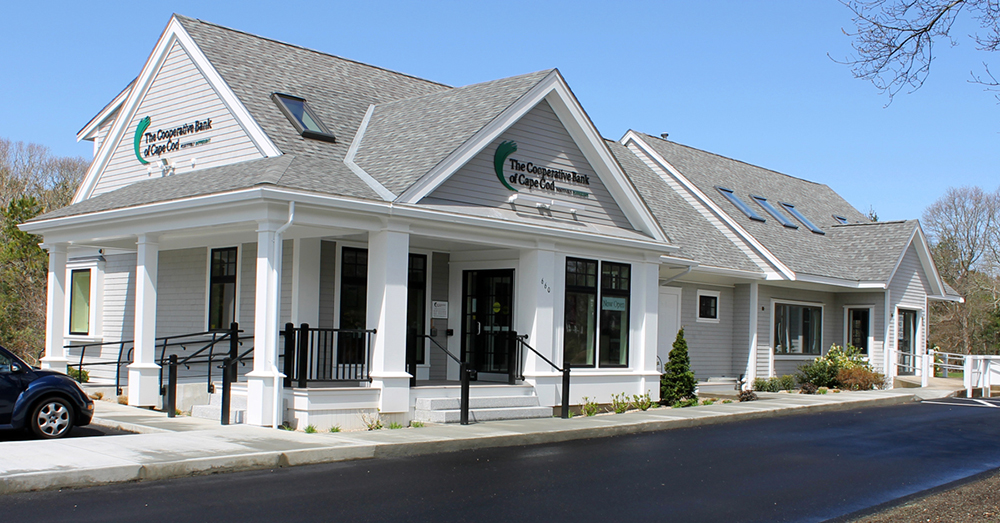 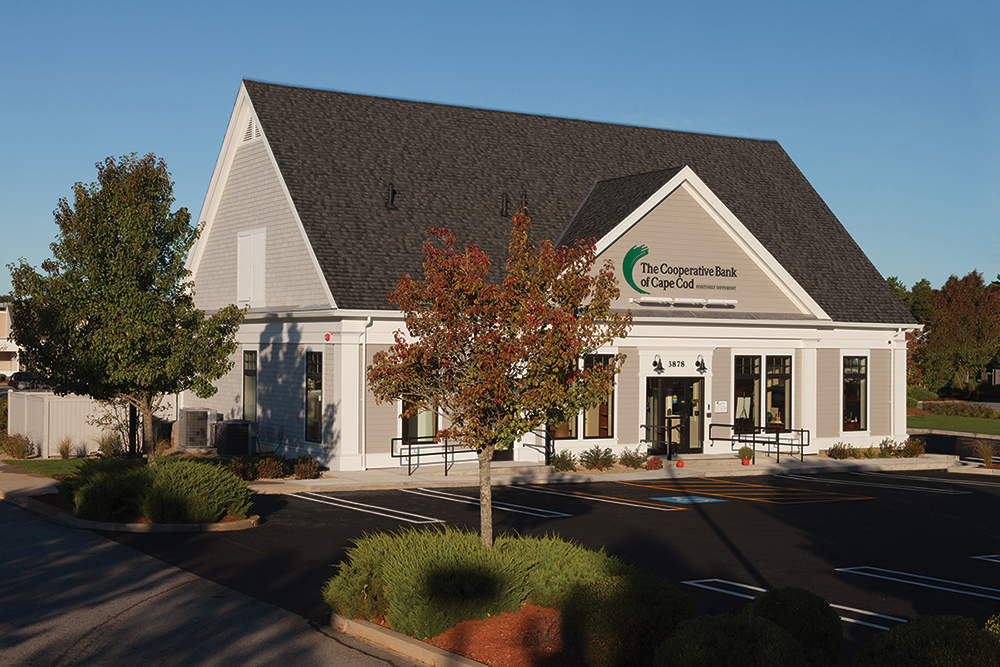 The Bank continues its growth and commitment to the community with its first branch on the Cape’s south side, Route 28 in Marstons Mills. 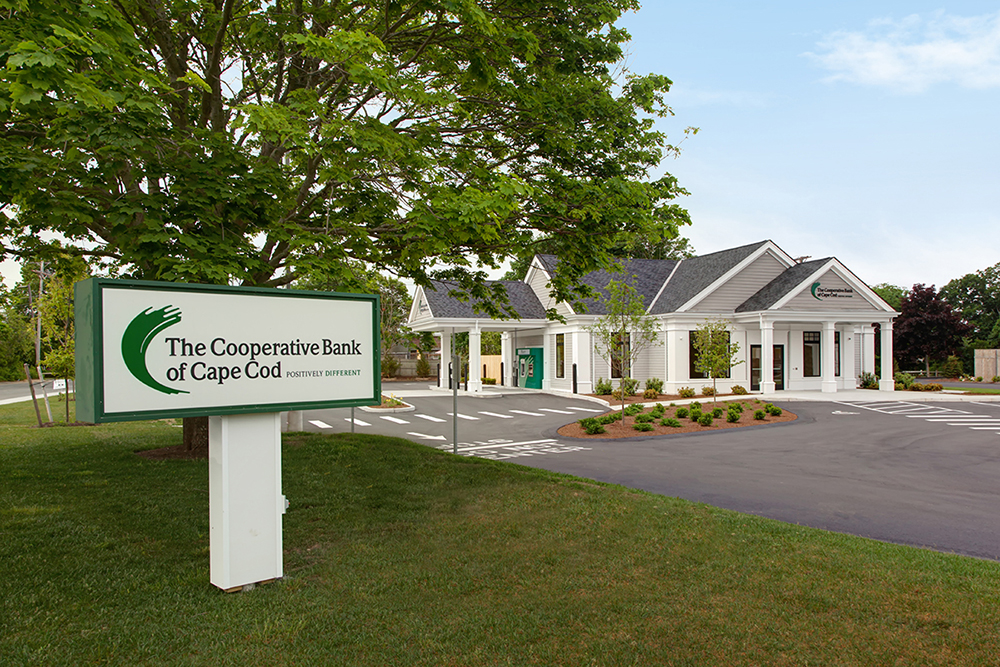 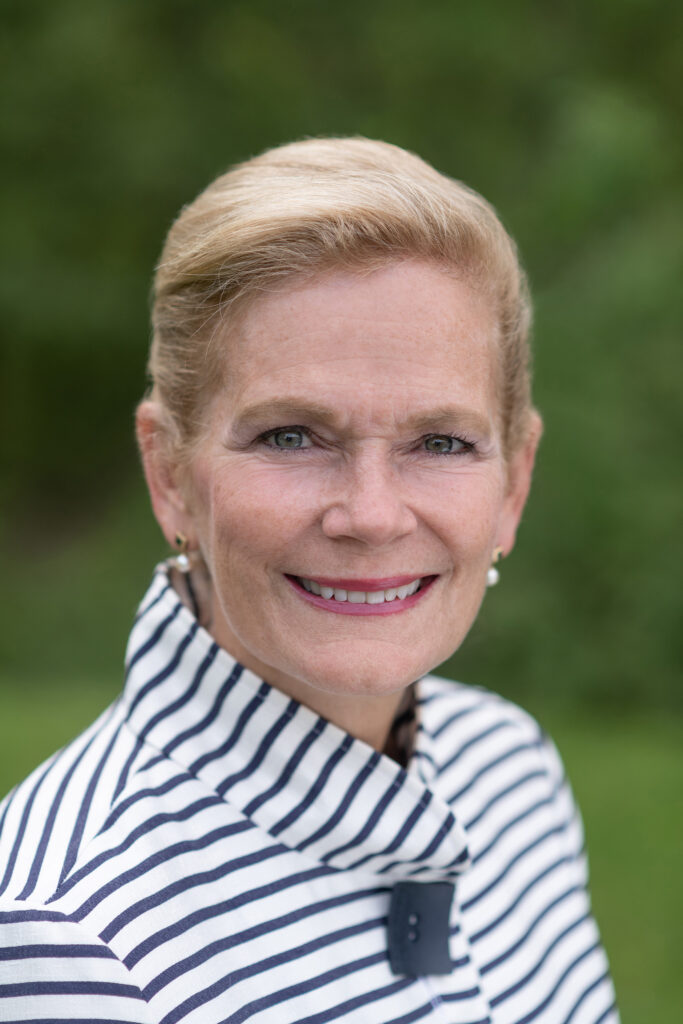 Lisa is the Bank’s 5th president, and first female to assume the role.

This marks an exciting next chapter in our story of giving. The Coop Foundation will allow us to significantly extend and increase the reach of our philanthropy. We celebrated the Foundation’s debut in December by awarding $105,000 in one time and multi-year grants to four charitable organizations.

Each of The Coop’s nine branches has designated Tech Ambassadors, whose role is to assist customers with online and mobile banking. Bring in your device − phone (Apple or Android), tablet, laptop − and our Tech Ambassadors can work through problems. 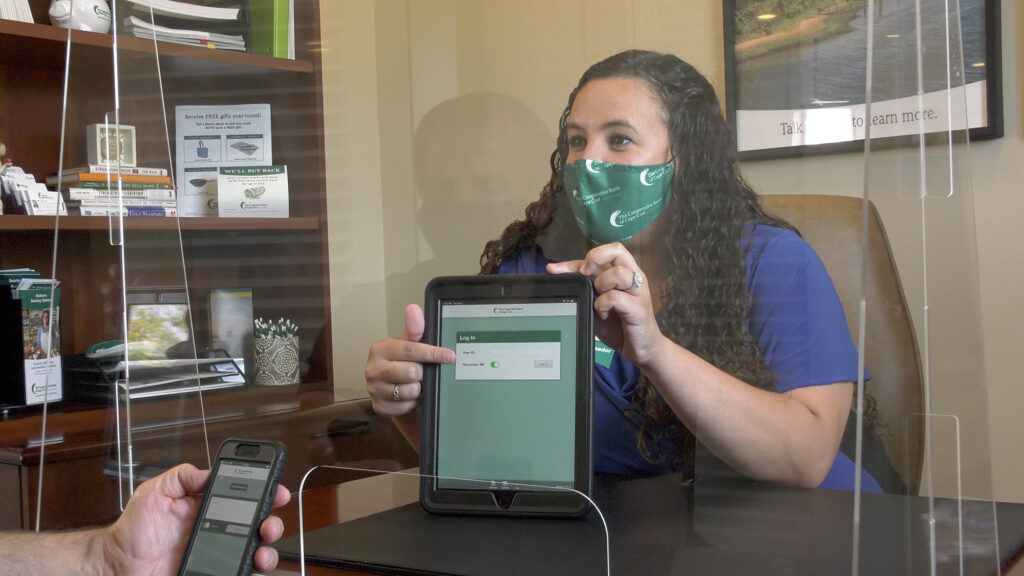 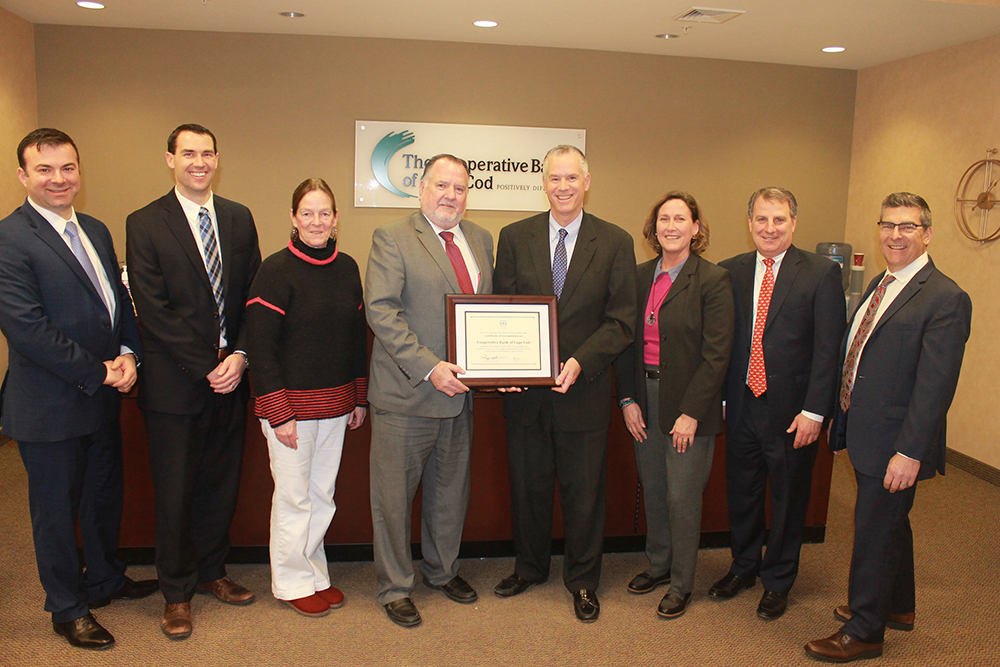 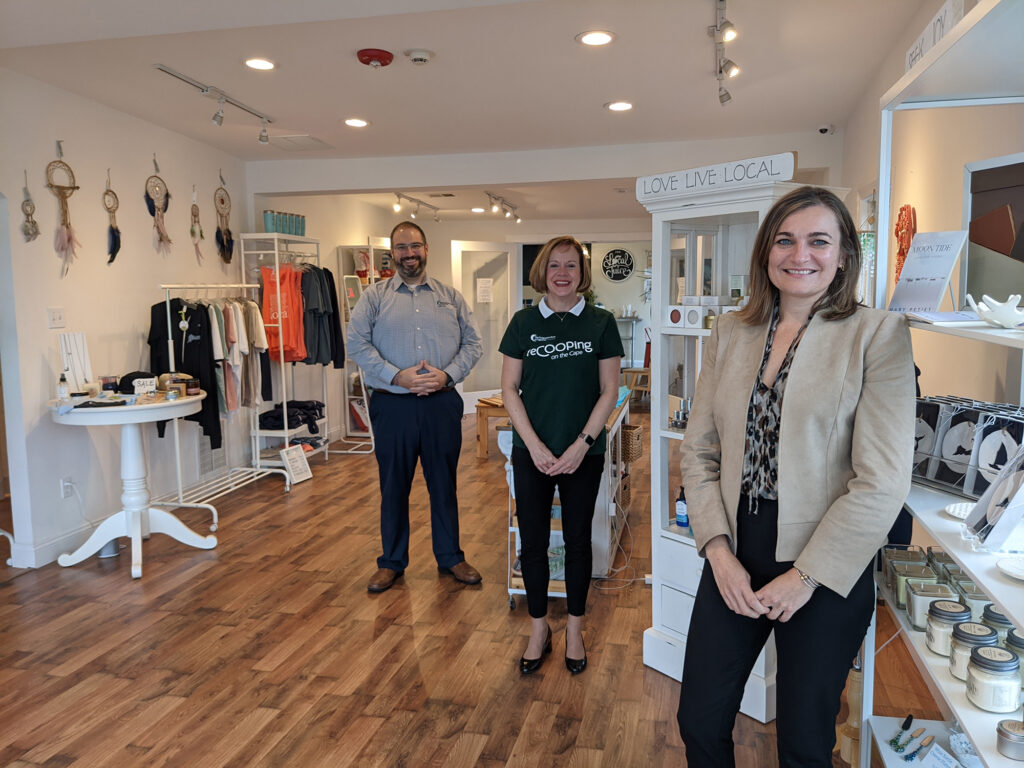 The Coop to Celebrate 100th Anniversary!